Close Menu
Home > Blog > Real Estate (Commercial And Residential) > How Happy Are You With Your Home Purchase?

How Happy Are You With Your Home Purchase? 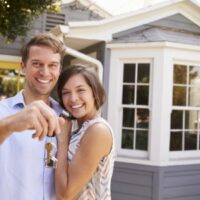 If you bought a home in the last few years, are you happy? There actually was a survey conducted to measure just this metric-how happy are homebuyers, on a state by state basis, which also measured exactly what makes a buyer happy-or unhappy-with their purchase of a home.

How the Survey Was Conducted

The survey was admittedly conducted by a lawn and on-demand landscaping company—a curious source for such a survey—but it’s still interesting to look at the results. Survey participants were asked over 100 questions, to measure how happy they were with their purchase.

The participants were asked questions that related to:

-How friendly their neighbors were

-How safe their neighborhood was, or appeared to be

-The job market, and how the home buyers felt the neighborhood was for raising children

-Whether the purchasers would buy the same home, if given the chance to do so again

The happiest states were those that tended to be a bit more rural. Iowa, Wisconsin, Nebraska, Alabama, and North Dakota, ranked at the top of the happiness indexes. Near the bottom-the least happy-were buyers in Oklahoma, California, New Mexico, Montana, Alaska, Washington D.C., and Wyoming.

Factors of Happiness (or Lack of It)

Only about 1 in 7 buyers (just over 15%) were unhappy with their purchase. As you may imagine, the bigger the home, the happier buyers were—people with more than 5 bedrooms tended to be 17% happier than those who purchased homes with one bedroom. The same goes with size and footage—those who purchased homes over 3,000 square feet, tended to be happier.

However, while more size does equal more happiness (in the survey), paying more does not. The least happy people tended to be on the extremes—those who paid a lot (over $900,000), and those who paid very little (less than $100,000). And, before you go looking for the best bargain, know that in the survey, those who were unhappiest, tended to get the biggest bargains on their purchase (perhaps you do get what you pay for?).

One thing that didn’t affect happiness at all: the number of bathrooms. There was no difference in happiness between people with fewer or more bathrooms in the home they purchased.

Believe it or not, architecture also made a difference. The happiest people were those who purchased homes with Tudor or ranch homes.

However, happiness isn’t just about price—homebuyers who had to work multiple jobs to pay for the home, ranked much lower in satisfaction and happiness.

As you can see from the survey questions, much of the happiness (or lack thereof) doesn’t come from the home itself but from surroundings. In areas like Wyoming, which ranked near the bottom of the scale, the factors that affected unhappiness tended to be job prospects. In fact, after price and size of the home, location was the third largest factor people considered in buying a home.

By Larry E. Bray, P.A. | Posted on June 1, 2022
« Probate And Estate Legal Issues After A Divorce
What Are Your Chances Of Winning A Challenge To A Will? »