Is It Hard To Prove Undue Influence? 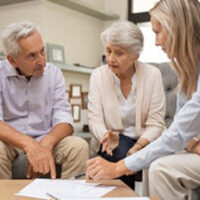 After coping with the devastating loss of a loved one, it can feel like an additional blow to the gut to learn that they may have been tricked or coerced out of their assets in their final days. Luckily, you have options. All wills must go through probate, a process by which a court determines whether the will is valid, settles the decedent’s finances, and attempts to distribute the decedent’s assets in accordance with their wishes. The aim of probate courts is to honor the wishes of the decedent, and generally, a valid will is proof of their intentions. However, a will is not valid if the decedent was tricked, pressured, or coerced into going against their own wishes. While the prospect of challenging a will may seem daunting, there are mechanisms to do it, and it happens all the time.

In order to have standing to contest a will, you must be an interested party. This means that you’re someone who stood to inherit from the decedent. By contesting the will you are essentially asking the court to determine that the will is invalid. Undue influence is not the only reason that a will can be found invalid. In fact, something as clear cut as a missing signature can be a basis to find a will invalid. However, proving undue influence can be a bit more complicated than proving that a signature is missing.

How Hard is Undue Influence to Prove?

A confidential relationship is generally found when the accused beneficiary was in a position of trust and the decedent relied on them in some way.

Proving that they were Active in the Procurement of the Will

This factor is not exactly as clear cut as the other two, but there are a number of ways to prove it. Courts generally apply what is known as the Carpenter Factors to make this determination. Going through this list of inquiries can give you a sense of how easy it will be to establish this third factor.

While none of these factors are determinative, the more affirmative answers you can provide, the more likely it is that you will be able to prove the accused’s involvement in procuring the will. And undue influence can also be used to challenge a trust and bank account/brokerage account designation.

If you believe your loved one was subjected to undue influence, the best thing you can do is schedule a consultation with an experienced West Palm Beach probate attorney. Larry E. Bray has worked to make sure your loved ones’ wishes are honored and that you get the assets they intended for you to receive. Call the Law Offices of Larry E. Bray today to schedule a consultation.