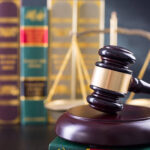 Considerations When You Purchase a Business

If you are interested in buying a business, whether you live in Florida or the business is in the state, you need to contact an experienced and skilled West Palm Beach business attorney as soon as possible. Right now you might simply be on the lookout or you may have an informal agreement with… Read More » 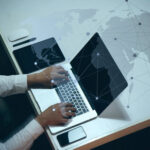 Valuing Your Business for Sale

If you are interested in selling your business, whether it remains a local mom-and-pop store or you have expanded its reach beyond Florida, you need to obtain an accurate valuation. After years of running the operations a certain way, you may not have the most up-to-date information on what the business is really worth… Read More » 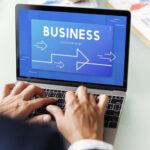 Why You Need an Attorney When Selling Your Business

When it comes time for you to sell your business, whether you are headed for a new venture or looking to retire, you need skilled help. While you could try and handle it all on your own, you could lose out on a great deal of money, not structure the deal properly, and leave… Read More »

Changes appear to be on the horizon for the commercial real estate market in the Sunshine State. As the Sun Sentinel reported in mid-October, “Large blocks of office space are scarce in South Florida, and commercial real estate brokers say that could lead to something we haven’t seen in at least seven years: traditional… Read More »

Transferring a Medical Practice Not As Simple As On TV

When the ABC television series “Private Practice” came to an end after six seasons, fans of the medical drama could hardly be surprised. The series was a spinoff of the long-running “Grey’s Anatomy,” and actress Kate Walsh – who played Dr. Addison Montgomery – had already announced her intention to leave the show and… Read More »

His name is Paul O’Rourke. He’s a dentist who struggles with the meaning of life, his place in the world, and the pitfalls of social media. Dr. O’Rourke is a fictional character – the conflicted protagonist in the novel To Rise Again At A Decent Hour by Joshua Ferris. But like real-life dentists, he… Read More »