Attorney-Client Privilege May Be Defeated in Probate Litigation 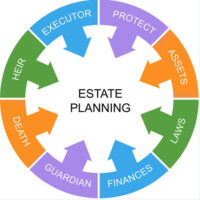 Attorney-client privilege is a hallmark of the legal profession. It enables clients to feel completely comfortable with their attorneys. Clients can (and should) tell their lawyers the truth without fear that their attorney will tell anyone else. However, attorney-client privilege is not absolute. There are times when a lawyer may reveal information their client gave them. In Vasallo v. Bean, the Third District Court of Appeals in Florida decided that one of those times may be during probate litigation.

In Florida, attorney-client privilege is solidified in multiple places. The Florida Rules of Professional Conduct, Rule 4-1.6(a) state a lawyer must not reveal any information regarding their representation of a client except in certain exceptions or when the client gives consent. A common exception is when a lawyer must reveal information when they believe it is necessary to prevent a crime, bodily harm, or death of another, though there are numerous others.

The Florida Evidence Code §90.502(1)(C) states a communication between a lawyer and their client is confidential, if it is not intended to be disclosed to another person, and §90.502(2) states a client has the privilege to refuse disclosure of information they give their lawyer.

All of this is to say that what a client tells their lawyer is predominantly private, unless a specific situation exists in which the lawyer is required or allowed by law to disclose information without the client’s permission.

In Vasallo v. Bean, four children brought an action in court to revoke the probate of two wills executed by their mother in 2012 and 2013. The children argued that their mother did not have testamentary capacity to draft the wills and these documents were the result of undue influence by a fifth child, who was the only beneficiary named in their mother’s 2013 will.

A trial court order for the case compelled the attorney who drafted their mother’s wills to answer questions at a disposition relating to the mother’s “reasons for disinheriting” her other children. The attorney claims attorney-client privilege stopped him from answering such questions and sought to appeal the trial court order.

The Third District refused to hear the attorney’s appeal because he failed to establish how the trial court did not adhere to the law. The trial court was in line with the law when it required the attorney to reveal information provided to him by his client. The court states that a party cannot invoke the privilege of attorney-client privacy for a will contest where multiple parties make a claim through the same decedent. Allowing attorney-client privilege “prevents the swift resolution of the conflict and frustrates the public policy of expeditiously distributing estates in accordance with the testator’s wishes.”

If you believe your loved one’s will is the result of undue influence and you wish to contest it, call the Law Offices of Larry E. Bray, P.A. in West Palm Beach. We have years of experience helping individuals determine when undue influence has occurred and contesting wills in probate court. Contact us at 561-571-8970 to schedule a consultation.