What Constitutes a Florida Breach of Contract Claim? 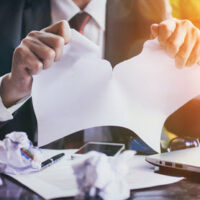 To understand what constitutes a breach of contract in Florida, you need to first understand what a valid contract is. There are several main elements to a contract that must be present before the contact exists in the first place. These elements are the offer, acceptance, and consideration. Consideration is the quid pro quo, or the “this for that” which is necessary in a contract.

When there is a breach of contract, it means one party did not perform the acts required under their side of the agreement. In that case, you’ll need a West Palm Beach breach of contract attorney who can help you go after the compensation you deserve.

Determining Damages in a Breach of Contract Case

Determining damages in a breach of contract case can be rather difficult, as it requires placing a monetary value on something that is subjective. As a general rule, damages awarded in a breach of contract case are known as compensatory damages. This means the amount awarded is intended to reimburse the plaintiff for the financial losses they sustained because the contract was not properly executed. Compensatory damages are designed to compensate the party who didn’t breach the contract, not to punish the breaching party.

Other damages can include:

Equitable Remedies in a Breach of Contract Case

In select breach of contract cases, financial compensation may not be enough to compensate the party who was harmed. This is when the court will consider equitable remedies. These require the breaching party to act or not act in a certain manner. Some examples of equitable remedies can include specific performance, which forces the breaching party to perform their end of the contract, or rescission, which is where the old contract is canceled and a new one is drafted. Another option is contract formation where the old contract is rewritten to accurately reflect what the true intentions of both parties are.

Following the breach, you have a duty to mitigate your damages. This means you take reasonable efforts to prevent your business from suffering additional harm. Even if you prove the other party breached the contract and you suffered damages, the court won’t award in your favor unless you mitigated your damages.

If another party breached a contract with you and you suffered damages, it’s important to speak with an attorney right away. Contact the Law Offices of Larry E. Bray, P.A. today to schedule an initial consultation.

By Larry E. Bray, P.A. | Posted on October 17, 2019
« How Does Out of State Probate Work in Florida?
5 Major Disasters to Avoid with Your Florida Estate Plan »

More on Breach Of Contract