What Does It Mean To Lack Capacity? 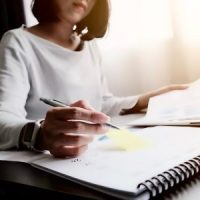 Imagine this happens: You expect to get an inheritance from a will. You know that the deceased was losing focus in the last years or months of his or her life; he or she may have shown some cognitive decline, and may even have had trouble taking care of his or her affairs.

Then the person passes, and to your surprise, the will has been altered or amended, to the extent that you now are not inheriting anything near what you thought you were going to inherit. You start to suspect that perhaps the deceased was not in his or her right mind, when the will was altered.

What you are really arguing is that there was what is known as a lack of capacity to alter or amend the will. But what is capacity?

How Does a Lack of Capacity Happen?

Someone can lack capacity to sign, create, alter or amend a will, for a number of different reasons. For some, the lack of capacity can be part of a larger slow decline in condition; the deceased may have been slowly deteriorating during the latter stages of his or her life.

For others, an event like an accident, or a sudden illness, or poor recovery from a medical procedure, may cause the lack of capacity.

Often lack of capacity can be shown by medical records. However, unfortunately, many doctors may not properly and thoroughly notate the decline of cognitive function in an elderly patient, especially when other medical conditions are more pressing.

Lack of capacity can sometimes be shown when there is an absence of any logical reason to make the changes to the will; in our example above, if the son was in the will for years, and then was only eliminated when the deceased started to decline, and there was no other event that would explain why the deceased wanted to omit the son, there could be a valid case to challenge the will for a lack of capacity.

Some of the most powerful evidence to show lack of capacity can come from friends and family members who observed the deceased. They can often testify that he or she didn’t recognize loved ones, or would say or do things that were unexplainable. Anybody the deceased may have interacted with is a potential witness to the deceased’s mental state, and ability to appreciate his or her daily life decisions.

Do you have grounds to challenge a will, trust or estate? We can help. Call a West Palm Beach estate planning lawyer at The Law Offices of Larry E. Bray today.

By Larry E. Bray, P.A. | Posted on August 24, 2022
« Situations Where You Really Should Have A Real Estate Attorney
What Is An Action For Ejectment? »