Close Menu
Home > Blog > Real Estate (Commercial And Residential) > What Is An Action For Ejectment?

What Is An Action For Ejectment? 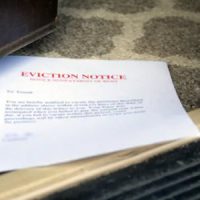 If you own property that someone else rents, and they do not pay the rent, you can evict them for nonpayment, or for violating the terms of the lease. But often someone is in our property, when there is no actual lease. They may have been on or in your property, at first, with your permission. But now you want them out.

The answer is through an action known as ejectment; ejectment is similar to an eviction in that it gets rid of someone on your property that you don’t want living there anymore.

Often, ejectment actions are necessary when people buy a foreclosed home, but the previous owners have refused to leave the property. Ejectment is also often used when a couple is co-habituating and then breaks up, and the person who doesn’t own the home refuses to leave the property. Any arrangements where you have allowed someone to live in your property, but now want them out, can be filed as an ejectment action.

An ejectment action is not concerned with a lease, or who broke the lease. There is no debate about security deposits or payments the way there is in an eviction. Ejectment is concerned with superiority of title—that is, whose claim on the property is greater, and does that person have a legal right to get the other person out of the home. The person being ejected will claim that he or she has a right to be on, or remain in, the property, for legal reasons outside of any lease.

There are different laws and rules that apply to both forms of getting rid of someone, eviction and ejectment.

One way that ejectment is different is that unlike an eviction, which has summary procedures that can get rid of a tenant relatively quickly, with an ejectment, the case is filed as a “normal” lawsuit, without a method to dispose of a case quickly, the way that you can with an eviction.

Many times, someone who is facing ejectment, will claim that they had a lease, and that they are therefore the tenant. They do this to allow them to countersue, or to avoid ejectment, by saying that the property owner did not follow the Florida laws that apply to evictions.

This can be a difficult situation; we often allow people to live on our property if they do certain things (for example, maintain the property, or take care of someone in the home). This can leave the question of whether the relationship is a landlord-tenant relationship or not, somewhat unclear.

By Larry E. Bray, P.A. | Posted on September 1, 2022
« What Does It Mean To Lack Capacity?
More And More Buyers Are Backing Out Of Real Estate Contracts »